🌺 The flower shell. A comfy and nice little shell for Lua fans!

Hilbish is a extensible shell (framework). It was made to be very customizable via the Lua programming language. It aims to be easy to use for the casual people but powerful for those who want to tinker more with their shell, the thing used to interface with most of the system.

The motivation for choosing Lua was that its simpler and better to use than old shell script. It's fine for basic interactive shell uses, but that's the only place Hilbish has shell script; everything else is Lua and aims to be infinitely configurable. If something isn't, open an issue! 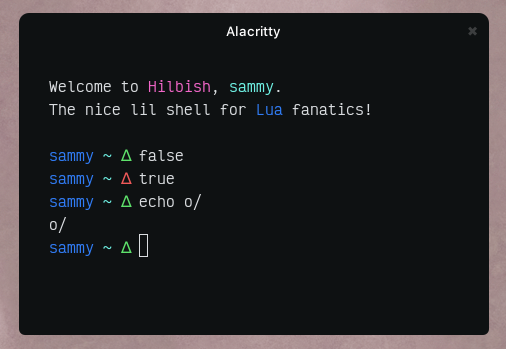 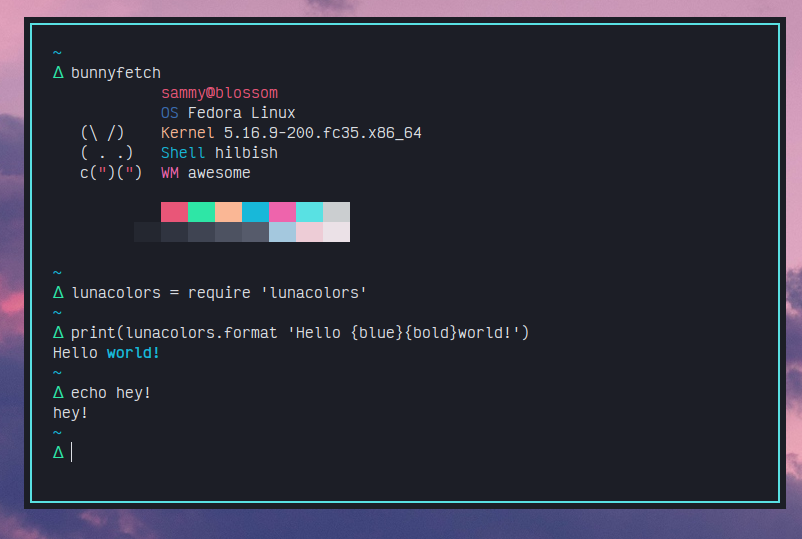 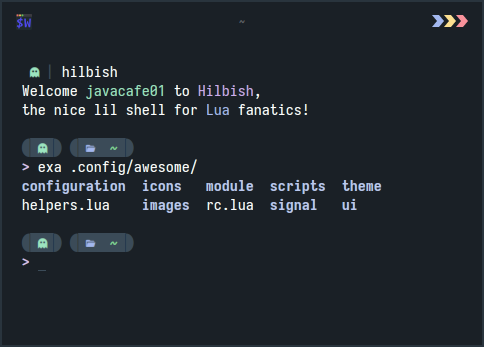 Go here for builds on the master branch.

Arch Linux users can install Hilbish from the AUR with the following command:

Or from the latest master commit with:

Nix/NixOS users can install Hilbish from the central repository, nixpkgs, through the usual ways. If you're new to nix you should probably read up on how to do that here.

First, clone Hilbish. The recursive is required, as some Lua libraries are submodules.

Or, if you want a stable branch, run these commands:

After you did all that, run sudo task install to install Hilbish globally.

Any kind of contributions are welcome! Hilbish is very easy to contribute to. Read CONTRIBUTING.md as a guideline to doing so.

Thanks to everyone below who's contributed!